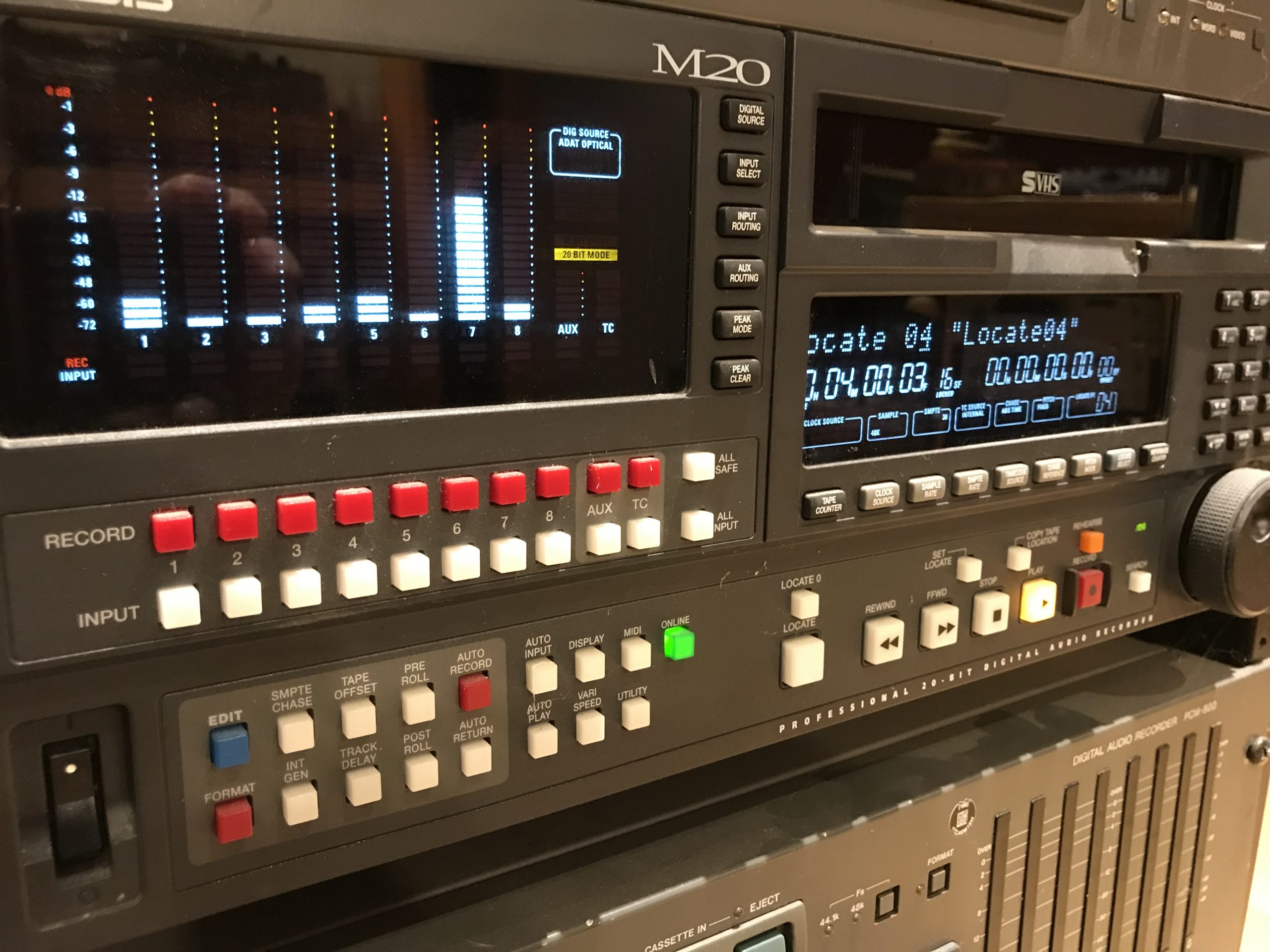 The Alesis ADAT digital multi-track tape recorder is an iconic piece of early 1990s audio recording equipment. ADATs used consumer S-VHS videotape to record up to 8 digital audio tracks. They were modular, meaning that each machine could be synced with 15 other ADAT machines. It was, therefore, possible, in theory, to create a home recording studio with the capacity to simultaneously record 128 tracks of audio, a process known as “mega-tracking.”

In analog video, helical scanning and rotating recording/playback heads were the means to produce the larger bandwidth necessary to capture the analog video signal. Helical scanning was logically re-purposed for recording digital audio because it similarly requires substantial bandwidth. The original ADAT was recorded at a sampling rate of either 44.1 or 48 kHz/16 bits, later 20 bits.

The Alesis ADAT changed the entire recording industry, beginning a revolution of affordable recording tools. Overnight, the cost of digital studio recording plummeted from a sizeable $150,000 for the Sony PCM-3324 24-track to a relatively modest $12,000 for three ADATs at their original $3,995.’

Figures from the Audio Engineering Society suggest that twenty thousand were sold in its first year from October 1992 to November 1993 and 80,000 sold by 1998.’

We have multiple Alesis ADAT M20 available to transfer your recordings in the Creative Audio Works studio. We deliver your files as individual synchronized track ‘stems’ and use ADAT’ sync’ and optical cables to ensure an authentic digital workflow. We also provide DA-88 transfers for TASCAM and Sony Decks.