Man On Abbey Road Cover Doesn’t Like The Beatles 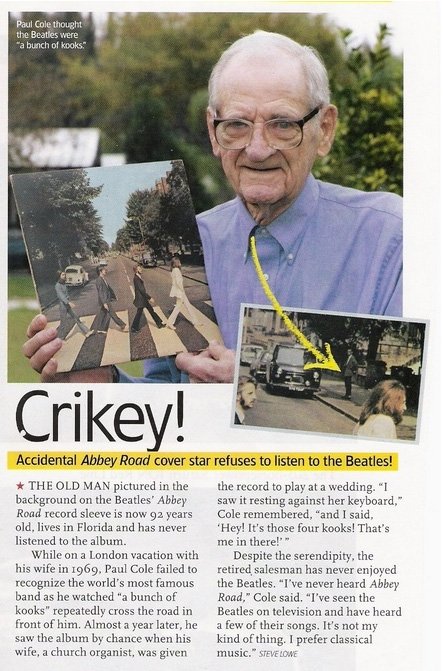 The Beatles walked across a zebra crossing in an innocuous North London street. The photoshoot for their new Abbey Road album happened just yards from the eponymous recording studios. It took ten minutes – only six frames were taken by the photographer, Iain Macmillan, who was perched on a stepladder. It has since become one of the most iconic covers in history.