The myths and reality of vinyl records vs. CDs. 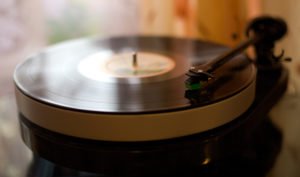 As described below, despite decades of arguments, there is no technical proof of the sonic superiority of the vinyl medium compared to CD. One vinyl record may sound better than its equivalent CD for extremely specific reasons. That does not mean the medium as a whole is superior.

Many people do prefer listening to music on vinyl rather than on CD or digital formats. Many of those reasons have nothing to do with actual sound quality and have more to do with the tactile characteristics of vinyl – its “feel” – like larger artwork and its required playback ritual. Others prefer listening to CDs for a different set of reasons. There is nothing wrong with preferring vinyl to CDs, as long as the preference is honestly stated on emotional terms, or is precisely quantified and tied to subjective experience, and not obscured with (fallacious) technical appeals.

Different masters can substantially improve or reduce sound quality. Some have less background noise. Some alter the dynamic range. There are other mastering techniques that can also affect the sound.

There are documented instances of different masters being used on vinyl releases compared to CD releases. One notable example is The White Stripes Icky Thump. However, there are also many documented instances of the same masters being used on vinyl releases compared to CD releases. In fact, if you purchase an album produced in the last two decades on vinyl, it is logical to assume that the master will be no better than on CD unless evidence is found to the contrary. Alternative masters for vinyl cost money, and mastering is a significant cost of producing a record. It is very likely that some producers – believing in the myth that vinyl is an inherently superior medium, as mentioned in other myths described here – will simply use the CD master for the vinyl release, believing that it will automatically yield a superior sound.

The technical details behind this myth are as follows. The cutting heads used for creating the vinyl lacquer (or metal mother) are speaker-like electromechanical devices driven by an extremely powerful amplifier (several hundred watts). At extremely large/fast cutting head excursions, the cutting head coils may physically burn up, much like how a speaker’s voice coils may be destroyed by an excessive current. Also, the diamond-cutting head stylus may prematurely wear or break. This places important constraints on the maximum levels that can be recorded to a record.

Very high power output is required to cut grooves with high acceleration. Acceleration at the same signal amplitude is higher for higher-frequency signals. Heavily clipped and limited CDs in the modern mastering style have more high-frequency content than earlier masters. In general, increasing the perceived volume of a record – whether by increasing the recording level or by limiting/clipping/compression – raises the cutting head’s average power.

Additionally, during playback, the turntable’s stylus has limits on what grooves it can successfully track. Cartridges can only track grooves of a finite modulation width (measured in microns) that decreases in frequency. For instance, a cartridge may only be able to track a 300mm-wide groove at 300 Hz, and yet only 50mm at 20 kHz. This also places limits on the acceleration and velocity limits the record master can take.

The most obvious way to work around these issues is simply to reduce the recording level of the vinyl master. Multiband limiters exist for recording purposes that dynamically reduce the treble content of the master, to limit the cutting head power usage.

The vinyl surface is heated to several hundred degrees on playback, and repeat play of the same track should wait at least several hours until the vinyl has cooled

Professional estimates for the stylus surface temperature during playback are 300-500F. Obviously, the temperature of the record is at or close to room temperature except at the stylus contact point – otherwise, the record would completely melt. Back-to-back playback will introduce slightly more distortion than a fresh play. This is believed to be a temporary effect and goes away after approx. 10 minutes.

Pops and clicks are often not audible during a song on a well-maintained record and should not distract from the listening experience. No evidence exists of a record that is shown to be played back with absolutely no pops or clicks whatsoever. They are introduced at virtually every stage of production, from cutting the lacquer to the pressing to the playback itself. Some pops and ticks are pressed into the record itself.

Some pops and ticks result from static discharges during playback. However, this may be mitigated by the use of topical treatments on the record.

Because of the lack of evidence for a tick-free record and the engineering factors making such a record extremely rare, it is quite likely that no record exists that is truly free from all pops and ticks.

The recording/tracking ability of vinyl is easily at least 50 kHz and perhaps as high as 100 kHz. The most notable proof of this is the CD4 quadraphonic system which relied on a 45 kHz bandwidth to be accurately reproduced. That said, the high-frequency response accuracy of vinyl varies tremendously. Frequency deviations of 5-10 dB or greater are not uncommon in the 20 kHz range for many records.

The playback of ultrasound frequencies is still not guaranteed. Many MM cartridges have resonant peaks defined by the preamp loading or stylus tip resonances defined by the cantilever, that attenuate high-frequency content.

When groove wear does occur, it occurs much faster at high frequencies than at low frequencies. For modern stylus, this is not as much of a concern, though.

There are rarely, if ever, any ultrasonic frequencies for vinyl to preserve. In audio recordings, such frequencies, when present, are normally low-energy noise imparted by electrical equipment and storage media used during recording, mixing, and mastering. Although some musical instruments can produce low-energy overtones in the ultrasonic range, they could only be on the vinyl if every piece of equipment and storage medium in the recording, mixing, and mastering stages were able to preserve them which is unlikely even in modern recordings since the average microphone or mixing console is designed only with audible frequencies in mind. Even if the overtones were preserved all the way to the mastering stage, mono and stereo lacquer cutting equipment typically includes a lowpass filter to avoid overheating the cutting head with ultrasonic frequencies.

Finally, on top of all of these issues, there is simply no scientific evidence that frequencies beyond the 22 kHz limit of CD audio are audible to any known group of people, or that such frequencies affect anyone’s perception of the audible range. There is no evidence that reconstruction and anti-aliasing issues are audible.

PCM encoding (used on CDs and DVD-A) records audio data in a quantized format. Analog formats do not have a measurable time or signal resolution.

PCM is sometimes characterized as producing a jagged, “stair-step” waveform. This is only partially correct; analog-to-digital conversion (ADC) does indeed use a sample-and-hold circuit to measure an approximate, average amplitude across the duration of the sample, and digital-to-analog conversion (DAC) does the same kind of thing, generating a rectangular-ish waveform, but this output is always then subjected to additional filtering to smooth it out. Effectively, the ADC output sample values are interpreted as a series of points intersected by the waveform; the DAC output is a smooth curve, not a stair-step at all. Additionally, modern ADC and DAC chips are engineered to reduce below the threshold of audibility, if not completely eliminate, any other sources of noise in this conversion process, resulting in an extremely high correlation between the input and output signals.

PCM can encode time delays to any arbitrarily small length. Time delays of 1us or less – a tiny fraction of the sample rate – are easily achievable. The theoretical minimum delay is 1ns or less. (Proof here.)

With a correct implementation using dither, signal quantization (ie 16-bit or 24-bit) only adds wideband noise to the signal, not quantization distortion. If this dither noise is well below the already-present noise floor, it is inaudible.

Analog encoding still has many measurable and audible faults, potentially including harmonic distortion, noise, and intermodulation distortion. These distortions have invariably measured higher than for digital formats, including CD.

The term “analog”, by definition, means that the signal is not and cannot be a perfect reproduction of the original – it is merely an “analog” of the existing signal, corrupted in the process of encoding.

In short, by any numerical basis, vinyl is not as accurate as competing for digital formats.

Adding a penny to the headshell improves tracking/sound

The trackability of a cartridge is related to the mechanical parameters of the tonearm and stylus assembly. Adding weight to the headshell (and adjusting the counterweight to compensate) increases the effective mass of the tonearm and reduces its resonant frequency. If the resonant frequency is excessively high – 15-20 Hz as measured by a test record – the weight may improve trackability by moving the resonance out of the audible range. Otherwise, it will generally only reduce trackability.

Bent stylus cause azimuth and alignment errors which may be audible. In extreme cases, they can cause record damage. Cartridges are hand-built and always have some finite tolerance in their construction. No stylus is perfectly straight. That said, if a brand-new cartridge arrives visibly bent, it is probably a good idea to return it.

Subjective claims about the improved musicality and audio quality of belt drives are disputed and not well agreed upon by all listeners.

Belt drives hold their value just as poorly in the used market as direct drives.

Direct drive motors tend to last a very long time (some original-model SL1200s may still run without any maintenance). Belt drives need new belts on a semi-regular basis and tend to have noisier motors at the same price ranges as direct drives.

There is a common myth that a direct drive will “hunt” for the correct speed and cause audible speed variations. This has no basis in reality.

Some examples do exist of direct drives of inferior quality.

Stock tonearms on direct drives tend to be much less expensive than the tonearms that come with belt drives at similar price points.