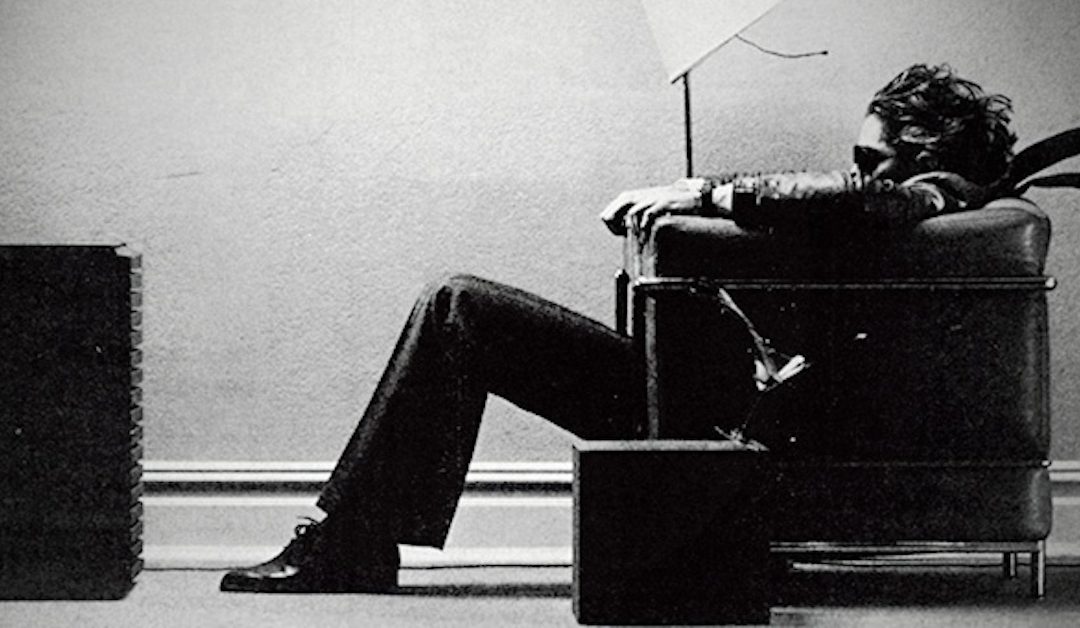 Blown Away Guy with restored audio.

In the 1980s, Maxell became an icon of pop culture when it produced advertisements popularly known as “Blown Away Guy” for its line of audio cassettes. The campaign began as a two-page advertising spread in Rolling Stone magazine in 1980 and was made into TV commercials in 1981 which ran throughout the 1980s. Steve Steigman was the photographer and Richard Wagner’s “Ride of the Valkyries” was used for music. In the UK the music used was “Night on Bald Mountain” by Modest Mussorgsky. The ads depict a man sitting low in a (Le Corbusier) high armed chair (on the right side of the screen) in front of and facing, a JBL L100 speaker (the left side of the screen). His hair and necktie, along with the lampshade to the man’s right and the martini glass on the low table to the man’s left, are being blown back by the tremendous sound from speakers in front of him — supposedly due to the audio accuracy of Maxell’s product. He is shown desperately clinging to the armrests but defiantly looking ahead at the source of the music through sunglasses, though calmly catching his drink before it slides off the end table. Television commercials showed the chair, a drink, and a nearby lamp, being pushed away from the stereo by the strong force of the sound waves. The image became the de facto standard of those who believed their stereo equipment had sufficient power or accuracy to move the mind and the soul. The model for the UK (not the US) ad campaign is thought to have been musician, Peter Murphy, of the group Bauhaus. The model for the US campaign, however, was the makeup artist hired for the shoot by photographer Steve Steigman. The impact of the advertising campaign on popular culture still resonates today: “Blown Away Guy” was recently parodied on the popular animated television show Family Guy in the episode “Model Misbehavior”. This is only the most recent in countless parodies over the years, which includes a parody in the John Ritter film Stay Tuned, (which featured a character’s head being blown off by a “Max-Hell” tape). In the 2010 movie Jackass 3D, the commercial is parodied with Ryan Dunn sitting in the chair, while the blast from a jet engine sends the set blowing away.

Blown Away Guy with the original audio.