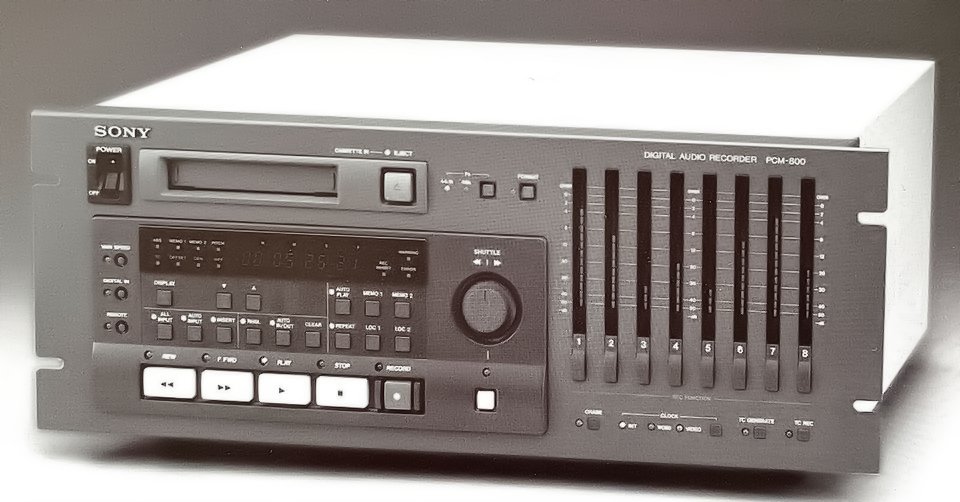 The TASCAM branch of the TEAC Corporation unveiled the DA-88 in 1993 as a digital multi-track recording device. This digital multi-track recorder uses tape as the recording medium, which can record up to eight tracks at once. Additionally, it enabled the combination of multiple DA-88 units to record 16 or more channels. The TASCAM DA-88, DA-38, DA-98, and Sony PCM-800 were the initial models in the series, and they all recorded at 16-bit resolution.

Hi8 video cassettes were used to hold audio data in the DTRS (Digital Tape Recording System) format, which allowed for continuous recording for up to 108 minutes on a single tape.

By 1999, more than 60,000 units of the DA-88 had been sold thanks to its low price and digital format. It was the largest product in TASCAM’s history at the time. The DA-88 and its successors are still utilized by enthusiasts due to their dependability and endurance.

We have multiple Sony PCM 800 DA88 decks to transfer your recordings to at Creative Audio Works studio. We deliver your files as individual synchronized track ‘stems recorded at the same sample frequency that they were initially recorded at. . We also provide ADAT transfers for Alesis decks.