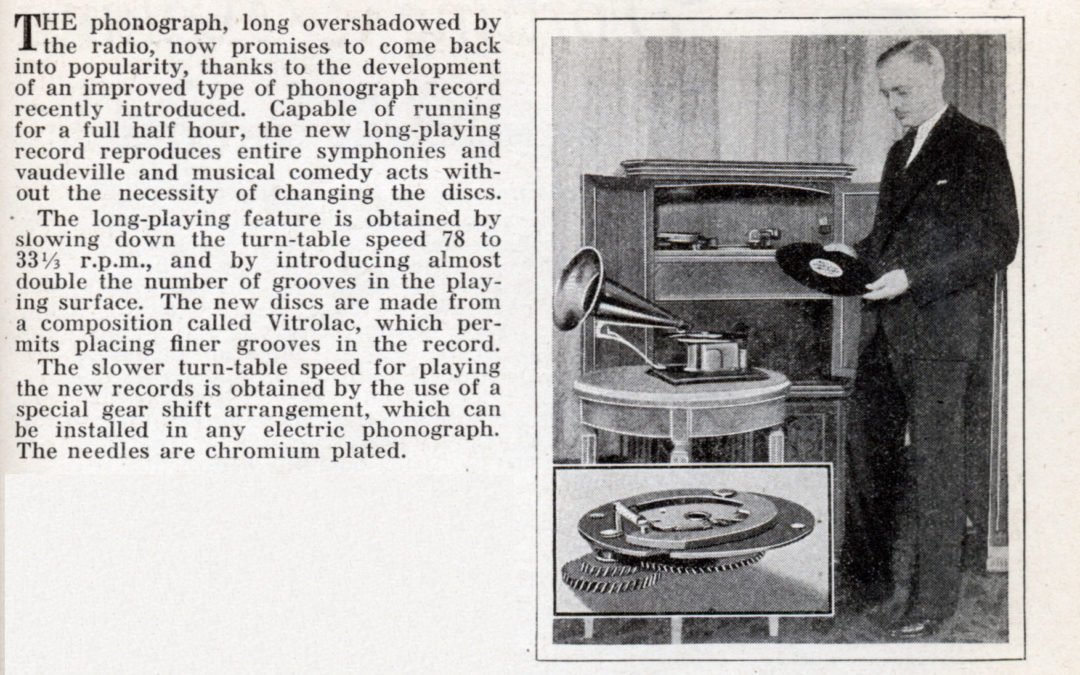 The phonograph, long overshadowed by the radio, now promises to come back into popularity, thanks to the development of an improved type of phonograph record recently introduced. Capable of running for a full half-hour, the new long-playing record reproduces entire symphonies and vaudeville and musical comedy acts with-out the necessity of changing the discs.

The long-playing feature is obtained by slowing down the turn-table speed 78 to 33 -1/ rpm., and by introducing almost double the number of grooves in the playing surface. The new discs are made from a composition called Vitrolac, which permits placing finer grooves in the record.

The slower turn-table speed for playing the new records is obtained by the use of a special gear shift arrangement, which can be installed in any electric phonograph. The needles are chromium plated.