PopMark Media?s Confessions of a Small Working Studio: Bringing the Past Back to Life through Audio Restoration

PopMark Media?s Confessions of a Small Working Studio: Bringing the Past Back to Life through Audio Restoration

Creative Audio Works is featured in Mix Online this month. ?The original article can be?found at MixOnline.com. 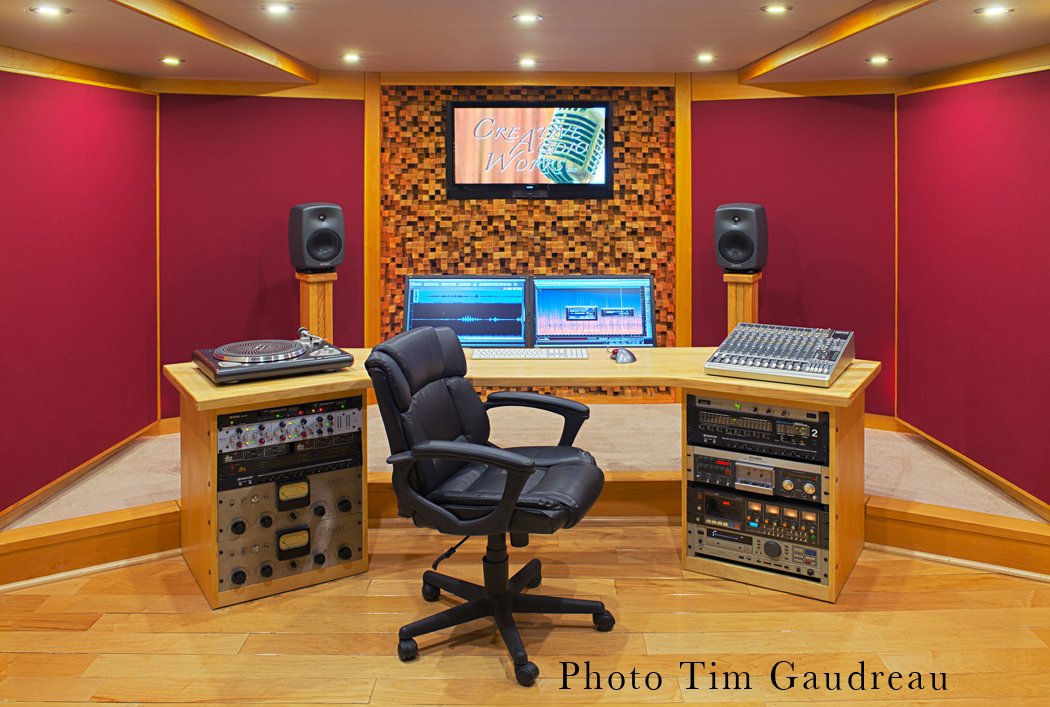 So much of our professional focus involves looking straight into the future, with little time devoted to what lies behind us. It?s good to plan, of course, but sometimes, a trip back in time is exactly what we need.

Keeping that in mind, this month?s ?Confessions of a Small Working Studio? features studios that have built their businesses on mixing the old with the new. Specifically, they are using futuristic technology to breathe life into past recordings. Find out how audio restoration facilities are not only helping to restore vintage albums and other music-related media, but also historic audio for museums and libraries, and even forensic audio to help aid in criminal investigations.

Resurrecting the Past?Taking a glimpse at snapshots of people?s lives and restoring them: That?s the way Stewart Adam, the owner of Boston?s Creative Audio Works, characterizes what he does. In fact, his work resurrects memories for his clients that otherwise would have been lost forever. For him, that?s the best part of what he does.

?I?ve had many clients come to me with reels of family members who had passed away, and they just wanted to be able to hear that person?s voice again,? Adam says. ?One guy came to my studio with eight reels of his father, who had died when he was 16. The recordings captured snippets of time?from the age of 2 talking into a mic, until he was 15 when he was playing trumpet and piano?and being able to restore these moments was really rewarding. I have to admit, it actually brought a tear to my eye.?

Many of the projects that Adam is hired to do involve taking recordings of family histories, cleaning up the quality, and creating a digital version of the recordings. In addition to families, universities and organizations call on Adam’s expertise when they discover recordings that need to be restored or digitized.

For instance, Harvard Medical School had in its possession an oral history of the famous psychiatrist, Carl Jung, as told over a three-year period through Jung’s work associates and family members. After spending two months digitizing and cleaning up the recordings, when all was said and done, Adam not only provided the client with an audibly superior recording, but he also had uncovered a few secrets about the psychiatrist?s past.

Another project that sticks out in Adam?s mind: a client whose father was a DJ during the 1950s through the early 1970s. He came to Adam with 20 tapes that contained recordings of his father interviewing such musical greats as Buddy Holly, Stan Kenton, Danny and the Juniors, and the Everly Brothers. ?While in the Army Radio Corps, his assignments included interviews and commentary that were being recorded with the sounds of atomic bombs exploding in the background,? says Adam. ?That?s one of the interesting aspects of my job. Sometimes, there are little treasures of unknown information that are contained within the recordings, and it?s pretty exciting to uncover them.?

Michael Graves, the owner of Atlanta?s Osiris Studio, has uncovered his fair share of hidden treasures?perhaps most notably a project that he worked on a few years ago when he began working with Art Rosenbaum, a retired professor of art at the University of Georgia. For the past 50 years Professor Rosenbaum has had a passion for field recording, capturing non-professional folk, gospel, blues, and bluegrass musicians with his portable reel-to-reel deck. The quality and condition of the recordings varied wildly and it was Graves? job to make them sound like they belonged together in one cohesive group.

?The project was amazing to work on,” Graves says. “Not only did we get to hear great music and stories about how these recordings were made, along with little anecdotes about the artists, but the work we did actually earned us a 13-page article in The New Yorker magazine, along with other national newspapers.?

Ultimately, the Dust-to-Digital label released a boxed set of four CDs offering a collection of more than 100 songs taken from those tapes. Graves, Rosenbaum, and Dust-to-Digital?s Lance Ledbetter won a Grammy Award for Best Historical Album. ?For a self-taught audio restoration engineer, to be standing next to Metallica at the Grammys, and then holding my own Grammy in my hand for my work, was a dream.?

Assisting in Criminal Investigations?Audio restoration is also used to aid in forensic investigations. Both Adam and Graves actually spend a chunk of their time working with police agencies and law firms to assist them in restoring audio that is associated with crimes being investigated.

?Typically, the recordings I work on for forensic purposes are extremely poor, and when you finally do clean them up enough to know what?s going on, the content tends to be pretty disheartening,? Adam says. ?I once worked with a client who had received a voicemail from a caller whose cell phone went off in his pocket by accident just before he was attacked. The sound was garbled, but you could make out screaming and slapping.? Adam says that because of the very detailed nature of this work, he can work anywhere from five to 10 hours per minute of recording.

According to Graves, ?In many of these recordings, there?s extreme clipping that has to be dealt with. I work with a lot of dash cam videos taken from police cruisers. Sometimes the recording devices are set improperly or the microphone is in a poor location. The result is heavily distorted voices. Additionally, there are often extraneous noises that have been captured, like tractor trailers passing by, and that muddies up the overall quality.? Graves admits that, in many cases, if the microphone wasn’t close enough to capture the targeted audio, there are limitations on the effectiveness of audio restoration techniques to correct that.

Combining Technology with Human Ears? Of course, uncovering hidden clues in forensic recordings or family histories isn?t as easy as dusting for fingerprints. ?The first step I take is to figure out what [tape] format we?re working with, and then I run the tapes through converters for importing,? says Adam, who uses Apple Logic or Bias Peak Pro. Once the tapes have been digitized, he goes back, removes any blank audio at the beginning, adjusts levels appropriately, and then deals with restoration.

?The thing about audio restoration is, there?s no exact formula,” Adam says. “You?ve got to listen for the things that jump out at you first, which are commonly issues like hum, tape hiss, room rumble, distortion, clipping and what is known as sticky tape syndrome, a problem that often occurs with reel-to-reel tapes from the ?70s through the early ?90s that have sat on the shelf for too long and now make a squealing sound when played.?

To deal with these and other issues, Adam?s Mac-based studio includes modified converters and one of his favorite tools: Isotope RX Advanced and an ANR-B external box, which essentially performs noise reduction as it?s digitizing and is usually a good option for projects with tighter budgets.

Graves? arsenal includes tape decks, de-click and de-crackle software, Steinberg WaveLab, lots of top-grade needles, and a Prism Sound ADA-8XR multichannel AD/DA converter, which is among the best in the world. (Consider this: The ADA-8XR was used to restore The Beatles’ catalog, and is also used by George Lucas and the Library of Congress.) ?It may cost more than a car, but I?ve tried just about every tool out there, and nothing gets the noise out without harming the original sound as well as this product,? Graves says.

However, lofty price tags aside, technology alone can take a project only so far. Human ears play a crucial part in every restoration job. Take into consideration a project that involved multiple tapes of sermons that were captured using a handheld cassette recorder. Adam used his ears to figure out that the source of the noise on the recording was actually the recorder’s motor.

Graves says that in some cases, technology can actually be the downfall of a restoration project. ?Sometimes people will push technology too hard and compromise the authentic quality of an old recording. You can get really ridiculously minute in terms of clean-up with the technology that?s available. While that can be great in some ways, it also causes you to run the risk of brushing away just a little too much of the natural qualities of a recording, which can ultimately undercut its integrity.

?What?s really satisfying to me is that not only am I turning people on to music that they never would have had access to before, but also, I?m working with recordings that are so rare that there are only one or two copies in existence. That makes me happy.?

Lisa Horan is a writer with more than 19 years of industry experience, and the executive director of PopMark Media, a unique partnership that offers creative and marketing services, custom music and music production, and audio post-production services to music, film, and business clients.