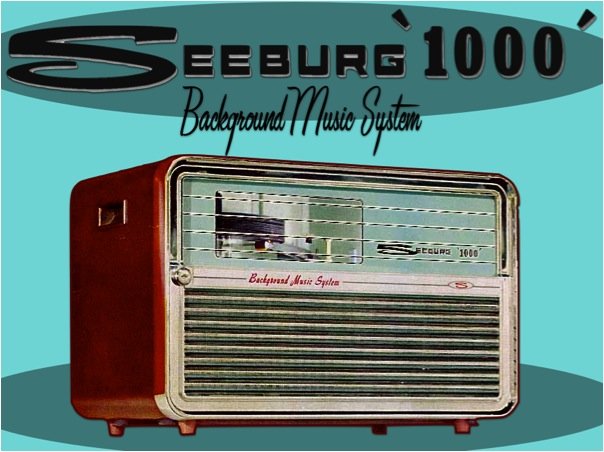 The Seeburg 1000 background music system was introduced in 1963 to provide background music or “elevator music” as we know it today for shoppers in stores, factory workers, etc. The video incorrectly states that it is a 1959 model. These units played a special record designed by Seeburg 2″ diameter center hole 16-2/3 RPM disk. The machine was designed to provide a continuous play of up to 25 disks and 20 songs per side, hence “1000”. At the end of the last record, the changer would lift the stack to the top of the changer spindle for another round of play. This would continue indefinitely until the machine would be switched off manually.

This video shows the mechanical operation. Notice that there are two needles on both sides of the tonearm. The machine plays either side of the record without manually turning it over. Seeburg issued records throughout the year so the same songs would not be heard repeatedly. When a new set of records was issued, the previous set was returned to Seeburg due to copyright laws. The songs are always instrumental arrangements, often by orchestras never heard of before. Unfortunately, there is no reference as to the name and orchestra of the individual pieces. Some songs heard are instrumental arrangements of popular tunes with lyrics from when the record was introduced. Records were dated as to when they were to be put in service. The record in this demo is dated for use on 12-26-64 and is an unknown “1950’s” sounding instrumental. Due to an apparent eccentric idler wheel, these units produce a lot of wow and flutter, which seems to be common for these at this age. These units were 100% solid-state when introduced. You might see the PA microphone inside the storage compartment in this video. They played over speaker systems throughout the building, and the unit itself has its own built-in monitor speaker.