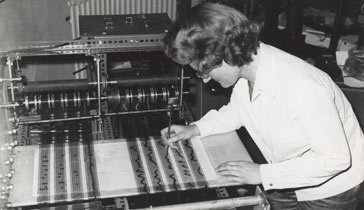 Electronic music is everywhere, from the television we watch to the music we listen to in clubs and even the ringtones on our mobile phones. But who created these electronic sounds? And how did electronic music develop?

The Oramics Machine is a revolutionary music synthesizer created in the 1960s by Daphne Oram. Daphne had a strong passion for sound and electronics and the vision to combine the two. Long thought lost, the machine was recently recovered and added to the Science Museum’s collections in co-operation with Goldsmiths, University of London.

?The Oramics machine is a device of great importance to the development of British electronic music,? says Mick Grierson, Director of the Daphne Oram Collection at Goldsmiths. It’s a great shame that Daphne’s contribution has never been fully recognized, but now that we have the machine at the Science Museum, its clear for all to see that she knew precisely how music was going to be made in the future and created the machine to do it.?

Daphne Oram (1925 – 2003) was the first (and only) woman to design and build an entirely new sound recording medium.” Early in her career, she declined a place at the Royal College of Music to become a “music balancer” at the BBC. As co-founder and first director of the BBC Radiophonic Workshop, she is credited with the invention of a new form of sound synthesis Oramics. Not only is this one of the earliest forms of electronic sound synthesis, but it is also noteworthy for being audiovisual in nature – i.e., the composer draws onto a synchronized set of ten 35mm film strips which overlay a series of photo-electric cells, generating electrical charges to control amplitude, timbre, frequency, and duration.? This system was a crucial part of early BBC Radiophonic Workshop practice. However, after Daphne left the BBC (in 1959), her research, including Oramics, continued in relative secrecy.

Oramics from Nick Street on Vimeo.