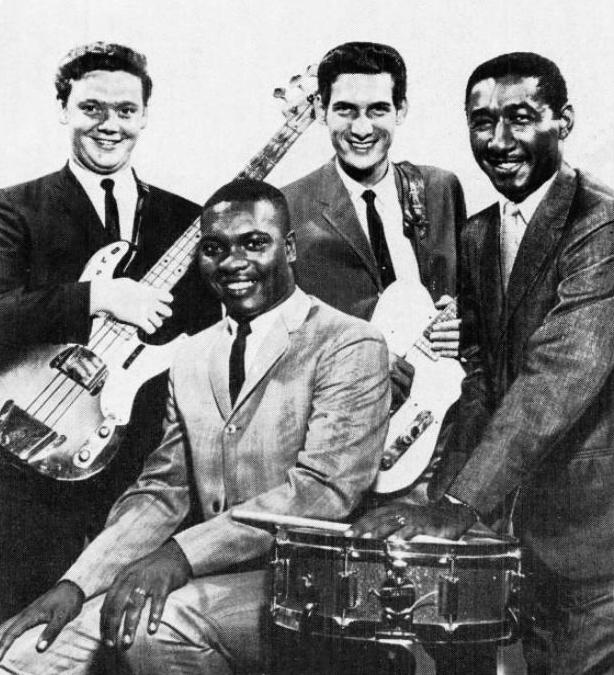 Booker T. & the M.G.’s is an instrumental R&B band that was influential in shaping the sound of southern soul and Memphis soul. Original members of the group were Booker T. Jones (organ, piano), Steve Cropper (guitar), Lewie Steinberg (bass), and Al Jackson, Jr. (drums). In 1965, Steinberg was replaced by Donald “Duck” Dunn, who has played with the group ever since. In the 1960s, as members of the house band of Stax Records, they played on hundreds of recordings by artists such as Wilson Pickett, Otis Redding, Bill Withers, Sam & Dave, Carla, Rufus Thomas, and Johnnie Taylor.

As originators of the unique Stax sound, the group was one of the most prolific, respected, and imitated of their era. By the mid-1960s, bands on both sides of the Atlantic were trying to sound like Booker T. & the M.G.’s. “Green Onions” entered the Billboard Hot 100 the week ending August 11, 1962, and peaked at No. 3 the week ending September 29, 1962. The single also made it to No. 1 on the soul singles chart, for four nonconsecutive weeks: an unusual occurrence in that, on the soul singles chart, “Green Onions” fell in and out of the top spot, three times. “Green Onions” was ranked No. 183 on Rolling Stone’s list of the 500 greatest songs of all time.

Jim Stewart, the president of Stax Records, wanted to release the single with the first song, titled Behave Yourself?, as the A-side and the second song as the B-side. Steve Cropper and radio disc jockeys thought otherwise; soon, Stax released Booker T. & the M.G.’s’ Green Onions backed with Behave Yourself?.

For many years, the “official” story was that the band name “The M.G.’s” was meant to stand for “Memphis Group”, not the MG sports car. However, this proved not to be the case.

Musician and record producer Chips Moman, active in Stax Records when the band was formed, for many years claimed that the band was named after his MG sports car, and only after he left the label did Stax’s publicity department declare that M.G. stood for Memphis Group. To lend some credibility to this story, Moman had played with Jones in an earlier Stax backing group called the Triumphs, which was also named after his car. Stax historian Rob Bowman avers that the reason the label obscured the story of the meaning of name The M.G.’s? (and concocted the Memphis Group explanation) was to avoid any possible claims of trademark infringement from the manufacturers of the car. Jones, in an interview on NPR’s Fresh Air with Terry Gross, confirmed Moman’s account of the group name’s origins in 2007