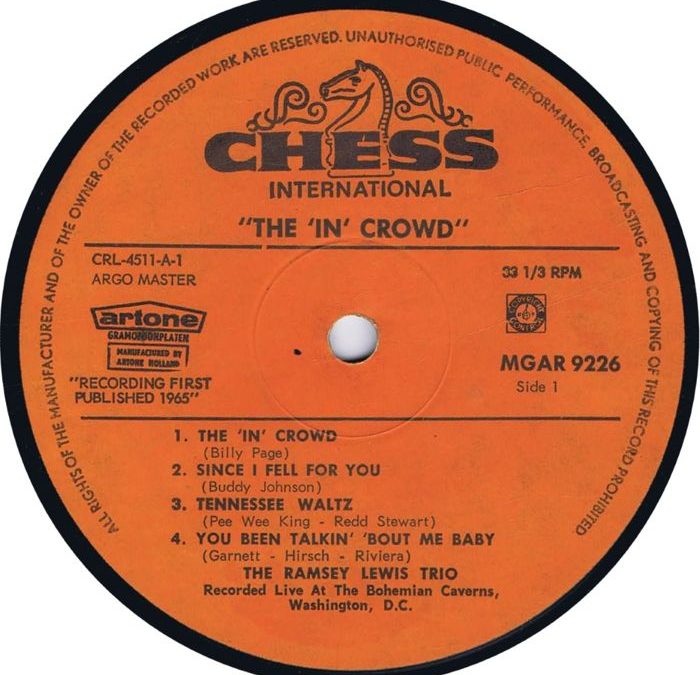 Ramsey Lewis was born in Chicago, Illinois, to Ramsey Lewis, Sr. and Pauline Lewis. Lewis began taking piano lessons at the age of four. At 15 he joined his first jazz band, The Cleffs. The seven-piece group provided Lewis his first involvement with jazz; he would later join Cleffs drummer Isaac “Redd” Holt and bassist Eldee Young to form the Ramsey Lewis Trio. Lewis is a graduate of DePaul University.

The trio started as primarily a jazz unit and released their first album, Ramsey Lewis And The Gentlemen of Swing, in 1956. Following their 1965 hit “The In Crowd” (the single reached #5 on the pop charts, and the album #2) they concentrated more on pop material. Young and Holt left in 1966 to form Young-Holt Unlimited and were replaced by Cleveland Eaton and Maurice White. White left to form Earth, Wind & Fire was replaced by Maurice Jennings in 1970. Later, Frankie Donaldson and Bill Dickens replaced Jennings and Eaton; Felton Crews also appeared on many 1980’s releases.

“The “In” Crowd” is a 1965 song, written by Billy Page, arranged by his brother Gene. Dobie Gray originally performed it on his album Dobie Gray Sings for ‘In’ Crowders That ‘Go-Go. His Motown-like version reached #13 in the US Billboard charts.