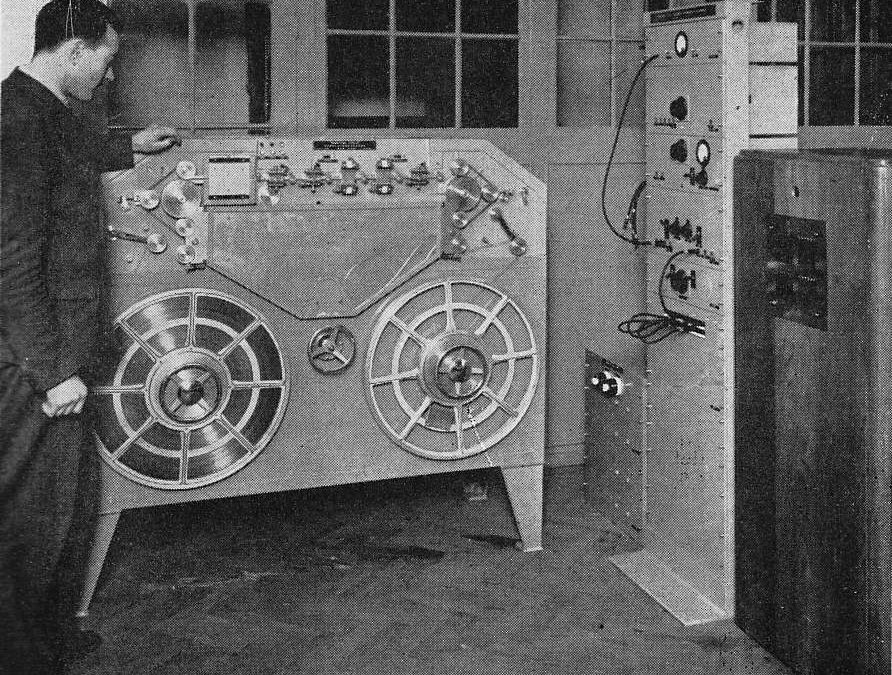 On Christmas Day 1932, the British Broadcasting Corporation first used a tape recorder for their broadcasts. The device used was a Marconi-Stille recorder, a giant tape machine that used steel razor tape 3mm wide and 0.08mm thick. It was necessary to run the tape at 60 inches per second past the recording and reproducing heads to reproduce the higher audio frequencies. This meant that the length of tape required for a half-hour program was nearly 1.8 miles, and a reel weighed 55.5. For safety reasons, these machines would only be operated in a locked room and operated by remote control. Due to the tape’s speed, springiness, and razor-like sharp edges, if the tape broke while in operation, it could unspool, fly off, and cause serious injury. Besides this, the methods of recording could lead to massive data loss and poor audio quality because of their nature.

It would be considered the largest recorder ever built when you add all the support equipment needed to operate. 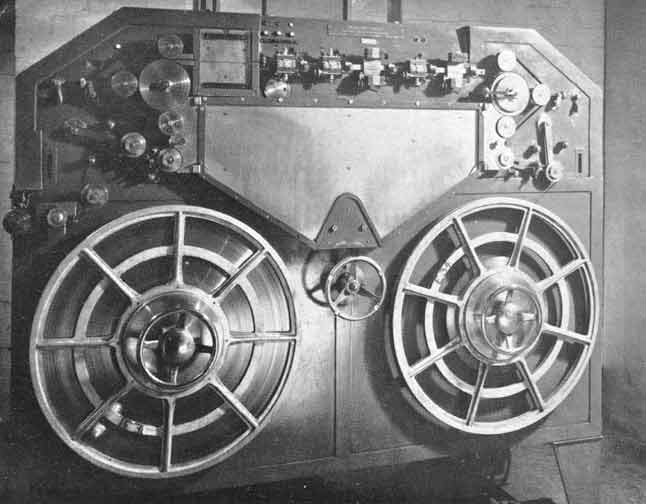 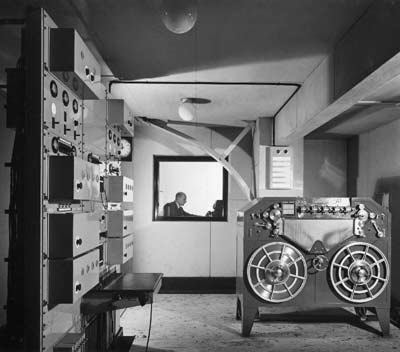 Here’s a contemporary view of the machine, from ‘Modern Wonder,’ September 1937: 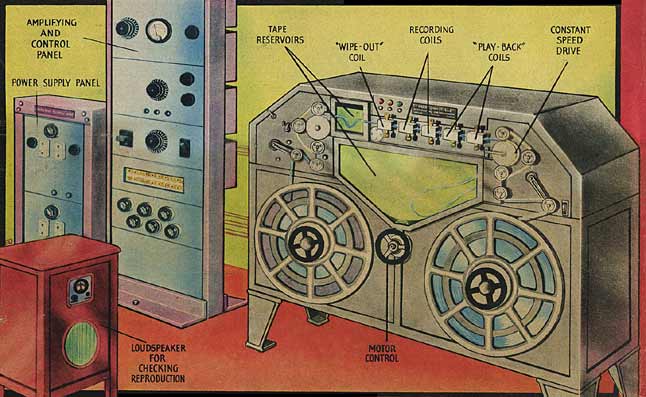 The magazine wrote: ‘One of the wonderful machines the BBC uses is the Marconi-Stille magnetic recorder-reproducer. This instrument enables broadcast speeches and music to be “stored” on a long steel ribbon by magnetism so that they may be re-broadcast at any time…..The machine comprises two large drums on which special steel tape is wound by means of an electric motor. Between the drums, electromagnets are arranged, and the tape passes between the pole-pieces of these magnets. The impulses in the coils of the electromagnets cause the tape to be magnetized in larger and smaller amounts, and when the tape has been treated, it forms a highly accurate record of speech and music.’