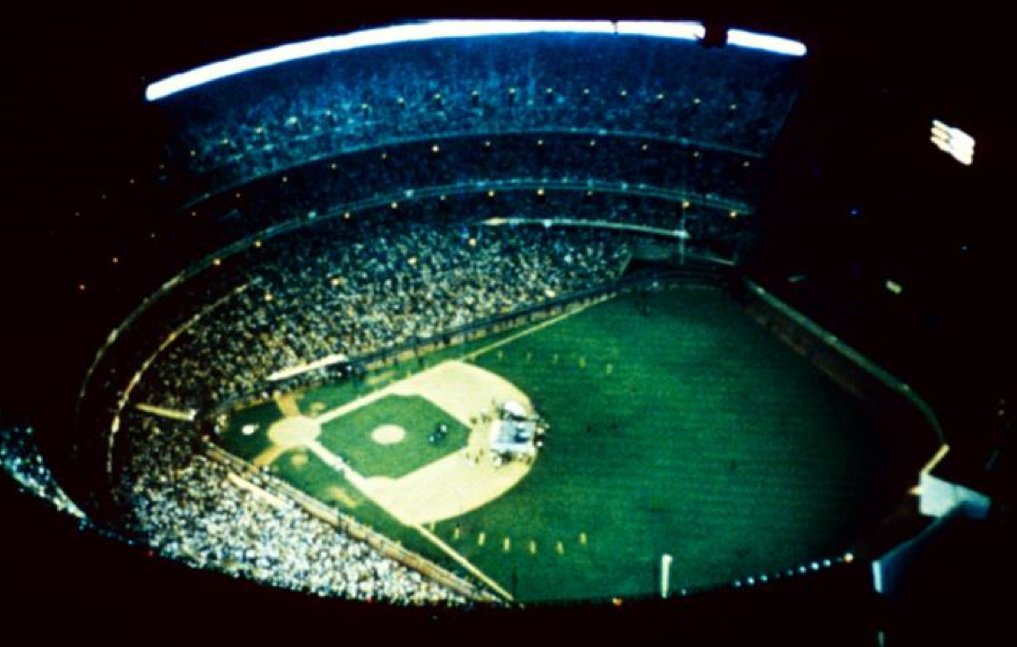 The Shea Stadium concert on August 15 was record-breaking and one of the most famous concert events of its era. It set records for attendance and revenue generation. Promoter Sid Bernstein said, “Over 55,000 people saw the Beatles at Shea Stadium. We took $304,000, the greatest gross ever in the history of show business.”

The Beatles were transported to the rooftop Port Authority Heliport at the Worlds Fair by helicopter, then took a Wells Fargo armored truck to the stadium. Two thousand security personnel were at the stadium to handle crowd control. The crowd was confined to the spectator areas of the stadium with nobody other than the band members, their entourage, and security personnel allowed on the field. As a result of this, the audience was a long distance away from the band while they played on a small stage in the middle of the field.

“Beatlemania” was at one of its highest marks at the Shea Concert. Film footage taken at the concert shows many teenagers and women crying, screaming, and even fainting. The crowd noise was such that security guards can be seen covering their ears as The Beatles enter the field. Despite the heavy security presence individual fans broke onto the field a number of times during the concert and had to be chased down and restrained.

The deafening level of crowd noise coupled with the distance between the band and the audience meant that nobody in the stadium could hear much of anything. Lennon described the noise as “wild” and also twice as deafening when the Beatles performed. Not being able to hear each other or even themselves, The Beatles just played through a list of songs nervously, not knowing what kind of sound was being produced. At the end of the show (during “I’m Down”), Lennon saw the whole show as being so ridiculous that he just began playing the keyboard with his elbows while the whole group laughed hysterically. The Beatles section of the concert was extremely short by modern standards (just 30 minutes).

I have seen film footage of this concert many times. But I have never been able to find my wife Nadine in the crowd of teenagers.