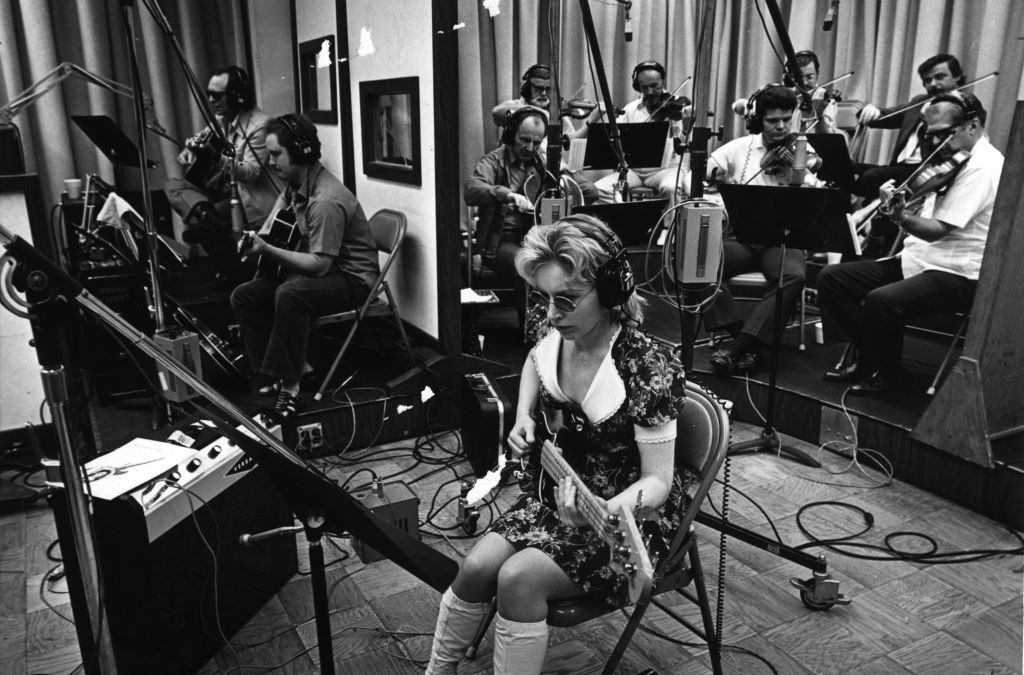 I had a chance to see the documentary “The Wrecking Crew” a few weeks ago. This documentary is a journey back to an era in the music industry that will never come again. I hope that you have a chance to view the movie.

The Wrecking Crew was a nickname coined by the drummer Hal Blaine after the fact for a group of session musicians in Los Angeles, California, who earned wide acclaim in the 1960s. They backed dozens of popular singers and were one of the most successful “groups” of studio musicians in music history. The Wrecking Crew were inducted into the Musicians Hall of Fame on November 26, 2007.

The Wrecking Crew’s members typically had backgrounds in jazz or classical music but were highly versatile. The talents of this group of ‘first call’ players were used on almost every style of recording, including television theme songs, film scores, advertising jingles, and almost every genre of American popular music, from The Monkees to Bing Crosby. Notable artists employing the Wrecking Crew’s talents included Nancy Sinatra, Bobby Vee, The Partridge Family, The Mamas & the Papas, The Carpenters, The 5th Dimension, John Denver, The Beach Boys, Simon & Garfunkel, and Nat King Cole.

The figures most often associated with the Wrecking Crew are producer Phil Spector (who used the Crew to create his trademark “Wall of Sound”), and Beach Boys leader Brian Wilson, who used the Crew’s talents on many of his mid-1960s productions including the songs “Good Vibrations”, “California Girls”, the acclaimed album Pet Sounds, and the original recordings for Smile. Members of the Wrecking Crew played on the first Byrds single recording, “Mr. Tambourine Man”, because Columbia Records did not trust the skills of Byrd musicians except for Roger McGuinn. Further recordings of the Byrds were conditional on the success of the single. All of the Byrds played on their subsequent recordings. Spector used the Wrecking Crew on Leonard Cohen’s fifth album, Death of a Ladies’ Man.

According to Blaine, the name “The Wrecking Crew” was derived from the impression that he and the younger studio musicians made on the business’s older generation, who felt that they were going to wreck the music industry.

Members of ‘The Wrecking Crew’ included:

The Ron Hicklin Singers often performed backup vocals on many of the same songs on which The Wrecking Crew had played instrumental tracks.

Though not an official member, Sonny Bono did hang out and contribute to sessions recorded by the Crew.

Glen Campbell later achieved solo fame as a singer-guitarist in the 1960s and 1970s, and Leon Russell and Mac Rebennack (as Dr. John) both went on to be successful songwriters and had hit singles and albums. Also, Nino Tempo with his sister Carol (under her stage name April Stevens) had a U.S. #1 hit song in 1963, “Deep Purple”. Otherwise, the best-known ‘members’ of this unofficial group are bassist/guitarist Carol Kaye, one of the few female instrumentalists to achieve success in the recording industry at the time; and drummer Hal Blaine, who has played on tens of thousands of recording sessions, including Sinatra’s, and is believed by some to be the most recorded drummer in history. Among his vast list of recordings, Blaine is credited with having played on at least forty U.S. #1 hits and more than 150 Top Ten records.

Al Casey worked for many years as a session musician. Jim Gordon also drummed on many well-known recording sessions and was the drummer in the groups Derek and the Dominos, and Traffic. Ray Pohlman doubled on both bass and guitar and started heading sessions in the 1950s with a regular group of musicians including, Mel Pollen, Earl Palmer, Bill Aken (aka Zane Ashton), Al Casey, and others. Pohlman would also become the musical director for the TV show Shindig, while Aken became a musical director on “Shock Theatre,” both shows being nationally televised. Aken was also a musical director on the critically acclaimed syndicated radio show “The Country Call Line” in the mid-1980s. Aken also conceived, arranged, and produced the music for the very first ‘Farm-Aid’ radio special in collaboration with Willie Nelson and LeRoy Van Dyke.

The Wrecking Crew worked long hours and 15-hour days were not unusual, although the rewards were great. Carol Kaye has commented that during her peak as a session musician, she earned more per year than the President.

The Wrecking Crew were featured in the 95-minute 2008 film The Wrecking Crew directed by Tommy Tedesco’s son, Denny Tedesco. The film has screened at several festivals and was featured on National Public Radio, but it has not yet been commercially released.