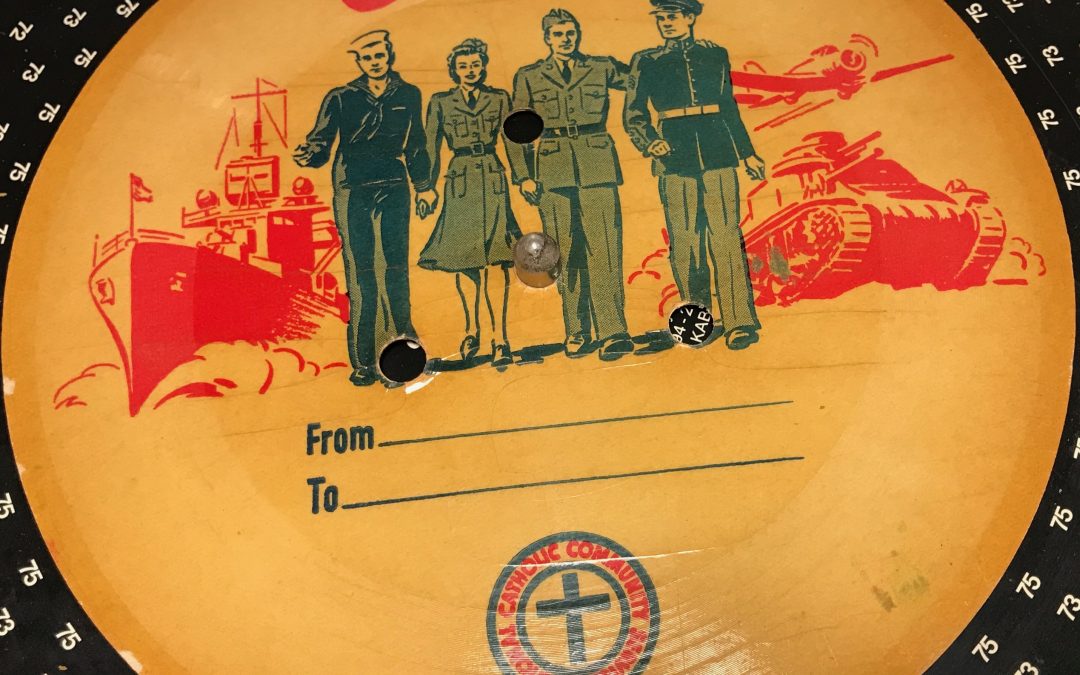 During the Second World War, US troops stationed in the states and abroad had the opportunity to send a recorded message home by making a one-minute recording onto a 5-inch disc.

These records (still many of them around today) were known as Voices Letter?s, In England, they were known as Voices of the Forces. Usually recorded at the local USO center, they were a vital link between our shoulders and families back home. The quality of this one was pretty poor after all these years. Being played many times with suspect gramophone needles, which meant the record, needed a fair amount of cleaning up the Voice letter from 1945

I am sorry that it took me so long to get back. I have been so overwhelmed by the gift you gave me. My father has Alzheimer’s and is slowly slipping away from us, but you were able to give us a piece of him back. It has been so much fun playing the CD for all of our friends and relatives!! The quality of your work is outstanding. I was amazed that you were even able to get anything off side 2 of the record because it looked so bad, but you did!!! The best thing about it was probably playing it for my dad. He is almost totally deaf, so I had to crank up the CD player, but it was worth it. He knew what it was and recognized his voice from 62 years earlier!!! He even talked a little about it. He, of course denied any knowledge of the female names mentioned on side two, probably because my mom was in the room with us, but I saw the spark in his eye!!! It will be a treasured piece of our family history that we can enjoy now instead of just wondering what is on that old record Daddy made.

Thank you sincerely for giving me a little bit of my dad back.
Dixie Cooper.